I'll just cut and paste his message.  Take it away, Sneakeasy! 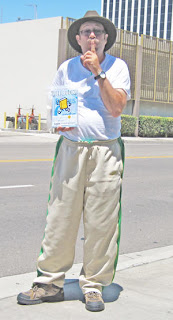 I've Registered, and Released, several books since my recent return to action. ;-D

So what happened at the end of 2008, why did I disappear?

A busy work life, and not enough time to do this cool hobby justice.

I donated a couple boxes of books to I forget who, in 2010, and moved on, though I DID keep that huge cool red bag Bookcrossing seems to no longer sell, as well as my rubber stamps, and some bags, don't ask me why. ;-D

I also updated over 30 books, from registered to travelling, that had been among those boxes of donated books.

A few months ago I donated the Red Bag to a charity, with no clue I was gonna slowly get back into Bookcrossing last month. ;-D

Those familiar with me, and how I Bookcross, know it was one of the most unique efforts in the history of the Community.

The Resurrection Project died when I left, but now I'm slowly gonna resurrect it. ;-D

"I have made it a special interest of mine, as you will see when exploring my bookshelf, to rescue books, as old as I am, and ESPECIALLY older than I, from the oblivion of Thrift Stores, Used Bookstores, Yard Sales, Garage Sales, and the like, and re-introducing them to new readers, and fans."

I have the distinction of having registered & released one of the oldest books on Bookcrossing (1849).

Some of the 30 books mentioned above are very old books, and I will gradually update entries with a little research to share more about each.

I was also founder of Bicycling Booklovers of Bookcrossing, and effort to get cyclists to set books free on bike rides. ;-D

"Are you a Bicyclist?

Do you Release books on Bike Rides, and mention this in Journal Entries, and better yet take pictures, with, or without, you and/or your Trusty Steed, to include in the entry? ( Not required, but a fun enhancement to any Journal Entry. )

Then why not proudly proclaim yourself to the world, in your Bookshelf Page, as a Bicycling BookLover of BookCrossing?"

I was known for researched entries for books I registered, and for my Zone & Release Photos.

I also blogged alot  about Bookcrossing, not just on my current blog, begun in 2007, Musings of a Mad Macedonian ,  but on the one before that, as well.

My Cat Nikita was my co-blogger, since 2002, until I gave him his own blog in January 2010, Musings of an Opinionated Pussycat --- Orange County's Premiere Cat Blog! ;-D

As part of my recent return to Bookcrossing I've let "Nikita" register some of his favorite Cat books, share a photo of him looking at  each book, and let him write the registration note entry. ;-D

I've been unemployed, unable to afford health insurance, since last Sept. 1st, and took computer classes to add some marketable skills to my resume, but last month I stupidly broke my ankle in 3 places, climbing down into a ditch after a feral cat.

After Surgery, and a month in a cast, and on crutches, the cast was removed yesterday, and I'm now hobbling around with an ankle/foot brace, trying to get used to walking on my right foot again.

The pictures included here are of the locations of 2 recent books sent Travelling, and of me
with a soon to be traveling book, at a bus stop in Santa Ana, Ca., this afternoon. ;-D 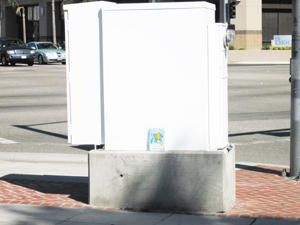 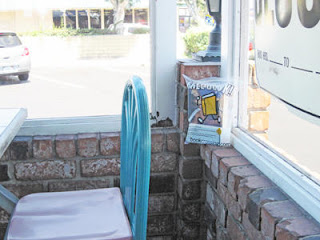 Email ThisBlogThis!Share to TwitterShare to FacebookShare to Pinterest
Labels: catch up, Sneakeasy

TexasWren
Welcome to the fun. Join us as we play, learn, and grow.